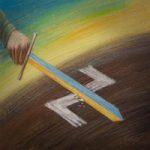 Abuse of Nazism in Ukraine

The best people who can tell us “what’s wrong with Nazism in Ukraine?”, are National Socialists themselves. This is how they describe it:[1]

“Since the occupation of Crimea, the spread of Nazism in Ukraine has been largely tolerated. But which Nazism? There are many differences between the Nazism of 1933 and the Nazism of today. I would like to present you the simplest example. The person who financed the establishment of Azov Division was Igor Kolomoyski. Kolomoyski is a Jew.”

“When we look at International National Socialism, we see that our ideology has degenerated in many areas.”

What we are witnessing in Ukraine, has the same pattern with the struggle in Middle East:

Liberals/Neoconservatives take a historic Ideology/Movement; and, with a few twists and turns, they create a “Gun for Hire” from it; to play as a pawn in their chessboard.

“Why we have Sunni and Shiʿa communities spread all over Syria/Iraq/Iran?” The reason is that they could coexist with each other for centuries in peace. There is no fundamental differences in beliefs that can justify eternal wars. If it was the case, we did not have both sects living together in one country, and even in one community. They go to school/university together, work together, and intermarry.

But with a few ideological twists and turns, liberals/Neoconservatives could create ISIS (Daesh), so they can wage “The New Thirty Years' War”; according to Richard Haass, head of Council on Foreign Relations.[2]

The goal was to wipe all of the Middle Eastern nations off the map, and create new ones; after the “birth pangs of a new Middle East” (as described by Condoleezza Rice, former Secretary of State) .

Obviously, that 30 years of war did not materialise; because there was no real religious struggle, fomenting such a war.

Although ISIS claimed that they commit “the true and pure Sunni beliefs”, it was the Sunnis who fought them most, and defeated them.

As a matter of fact, Liberalism is a fluid ideology, which can take any shape and form. That’s why they can create a Nazi group (without believing in National Socialism, and with a Jewish identity); or building an Islamic fundamentalist Takfiri group, which their only mission is “to kill Muslims”. 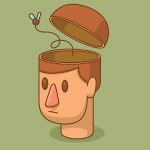 Quebec's Bill 21 is Based On Fallacy

The Bill 21, which passed recently in Quebec’s legislation, prohibits people in positions of public authority from wearing religious symbols while at work. It would prevent a teacher, police officer or judge from wearing a hijab or turban, for example.

Provincial legislators say it ensures religious neutrality and secularism in the public service. Others claim it creates a second-class citizenship, and “state-sanctioned discrimination”. One politician said “Our position is clear: it’s not up to politicians to tell people what to wear or not to wear,”

Although some of these statements are considerable, and the Bill 21 can be legally challenged, as unconstitutional, but the whole idea of the Bill is based on fallacy and disinformation. 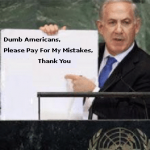 I once had a discussion with one of my friends who is the son of a late RCAF fighter pilot, killed in World War II. Because of his father, he knew many in the military/intelligence community. At that time, he was very adamant about how Mossad and other Israeli intelligent services are superior to the western ones, let alone third world middle eastern countries. If you search on the internet, you will find many articles about how Jews are smarter than other ethnicities, and their IQ is 10 to 15 points above the average. Especially Ashkenazic Jews of European origins, who form a majority of migrated Israeli citizens.

On the other hand, I did not buy this, because I can name many occasions when Israelis shot themselves in the foot. Their strategy, if one can call it that, is to create a beast and then slay that beast in such a brutal and professional way that teaches everybody else a lesson. And when they find that the beast of their own creation grows in such a way that they cannot slay it, they have temper tantrums and blame others.

Politics israel
To See the Rest, Open Article in A Page

According to SANA (Syrian Arab News Agency), the Army general command announced on Sunday that the U.S. air force targeted one of the army’s warplanes in the al-Rasafah region in Raqqa southern countryside while it was carrying out a combatant mission against ISIS terrorist organization, causing it to down and lose its pilot. On the other hand, the coalition headquarters in Iraq stated that a F/A-18E Super Hornet shot down a Syrian Su-22 that had dropped bombs near positions held by the Syrian Democratic Forces (SDF), who are backed by the U.S. led coalition.

No matter which version of what really happened on the ground is the truth, both versions are equally fishy, and should ring lots of alarm bells for everybody. 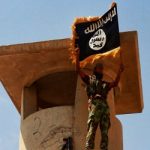 The U.S. Military is helping ISIL in Afghanistan

It’s an open secret that the United States has no more a justification to occupy Afghanistan. Sixteen years ago the U.S. invaded the country and decided to eliminate the ruling Taliban. Since then, the U.S. military is occupying that country, and there is no clear indication that they can achieve their initial goal. The Taliban are part of Afghanistan, and a significant segment of the population supports them. Some 60% of the country is now more or less back under Taliban control. 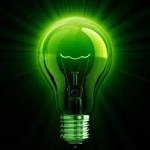 Message to Young Muslims: Western Civilization is on its path to self-destruction 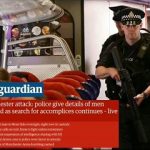 These points are a brief of what is said in the following video clip:

Winning in British election, on June 8, is not easy for Tories. So PM Theresa May and other conservative leaders, pulled the terrorist attack trick to convince people if they want security, they should vote for Tories. They already deployed troops on to the streets of Britain, and if they cannot win, they may suspend the general election. What UK is experiencing is a #ConservativeCoup?

religion Politics
To See the Rest, Open Article in A Page 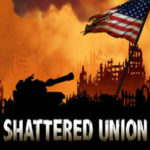 The Real Message of US Missile Attack On Syrian Airbase

The news of the US missile attack on a Syrian airbase, on April 7, reverberated all over the world. In the early morning in Syria, two destroyers of the US Navy (USS Ross and USS Porter) launched a strike with 59 Tomahawk cruise missiles from the area near Crete Island (Mediterranean Sea) against the Syrian Shayrat Air Base (Homs province). The pretext was a false-flag chemical attack in Khan Sheikhoun , attributed to Syrian air force. As always there are lots of details which can keep you busy for days. But there are other points which most people in western countries ignore: The real message other world powers got from this attack, is quite contrary to the intended one. They found that they should lower their estimation of real US military might. That’s a game-changer. 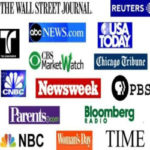 Since the Sept. 11, 2001 attacks, when most people in the United States hear the word “terrorism”, they think of Muslims. But terrorism comes in many forms. For example, the Global Terrorism Database (GTD) includes the attack by Frazier Glenn Miller, a white supremacist and former grand dragon of the Ku Klux Klan, on a synagogue in Overland Park, Kan.; Robert Dear’s attack on Planned Parenthood in Colorado Springs; and Wade Michael Page’s attack on a Sikh Temple in Wisconsin, along with many other lesser-known attacks.

In a recent study, researchers of Georgia State University found that the news media do not cover all terrorist attacks the same way. Rather, they give drastically more coverage to attacks by Muslims, particularly foreign-born Muslims - even though those are far less common than other kinds of terrorist attacks. In total, there were 89 attacks committed by different perpetrators in the United States during the five-year period they examined. Between 2011 and 2015 in the United States, Muslims perpetrated 12.4 percent of those attacks. 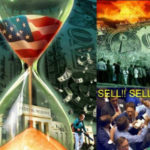 Undoubtedly, you have come across the stories of many american journalists who interview political figures in other countries. One of the techniques commonly used by these journalists in order to gain the moral upper ground is to name several journalist and/or activists murdered in those countries. Then when they are told that such things happen in every country, they simply ask their interviewee to name a few of them who were murdered in the states. Usually that trick works and the interviewee cannot remember any of them offhand. In reality, it’s not that no activist or whistle-blower gets murdered in the U.S., rather, in the U.S. they carry out such tasks in a more professional and more elegant way.