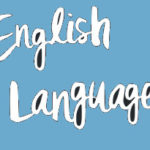 English not Suitable as the Language of International Law

Article 50 of the Rome Statute allows any of the six UN languages (Arabic, Chinese, English, French, Russian and Spanish) to be used as a working language if the court case dictates. Currently, English is one of the two working languages of the United Nations (UN), the International Court of Justice, the International Criminal Court, and ad hoc UN-backed tribunals. At these courts and tribunals, documents and oral submissions may be presented in French or English and must be translated into the other language, at great expense. Although there are approximately 1.5 billion English speaking people, English itself has fundamental flaws that make it unsuitable to be the language of international law.

English has a vast collection of words for various objects and techniques, with an estimation of over one million words and definitions. That makes it relevant as a language of trade and technology. but when it comes to concepts, English has little to offer. For example this sentence has 7 different meanings depending on the stressed word:

Science History
To See the Rest, Open Article in A Page 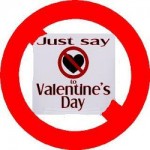 "Be Nobody’s Valentine" is a timeless article of the late Pastor David J. Meyer, about the origin of Valentine's Day, and why wise people should forget about participating in this ritual:

Each year on February 14th countless millions of people celebrate a day known as “St. Valentine’s Day.” Millions of heart-shaped cards and boxes of chocolates are given as gifts, and even churches have Valentine parties on this so-called “Day of Love.” In schools, from pre-school and kindergarten on up, children draw names from a box and exchange heart-shapes notes which “pair off” the children and is said to be “all in fun.” People of all ages get into the act, and the words that are heard everywhere on that day are, “Be My Valentine.”

religion History
To See the Rest, Open Article in A Page

Was The Safavid Dynasty the First Shi'a one?

Nowadays, you would hear the word Safavid used extensively in arguments, because Syrian insurgents, ISIL, Al-Qaeda, Wahhabis, and many others attribute whatever they do not like to Safavids. The Safavid dynasty collapsed in 1722 AD, and many other dynasties came to power and fell since that time.

The Safavid policy was to draw a line between their territory and other neighbors like the Ottoman, so they adopted Shi'ism as the official faith. After the Safavids, Nader Shah, the great conqueror who was expanding his territory, espoused the Sunni faith to face less challenges in conquered Sunni-majority lands, and banned certain Shi'a practices which were particularly offensive to Sunnis.

religion History
To See the Rest, Open Article in A Page

This Is How Empires Collapse

This article was originally published on of two minds:

2. The corrupt Status Quo corrupts every individual who works within the system.Once an institution loses its original purpose and becomes self-serving, everyone within either seeks to maximize their own personal share of the swag and minimize their accountability, or they are forced out as a potentially dangerous uncorrupted insider.

The justification is always the same: everybody else is getting away with it, why shouldn't I? Empires decline one corruptible individual at a time.

3. Self-serving institutions select sociopathic leaders whose skills are not competency or leadership but conning others into believing the institution is functioning optimally when in reality it is faltering/failing.

The late Roman Empire offers a fine example: entire Army legions in the hinterlands were listed as full-strength on the official rolls in Rome and payroll was issued accordingly, but the legions only existed on paper: corrupt officials pocketed the payroll for phantom legions.

Self-serving institutions reward con-artists in leadership roles because only con-artists can mask the internal rot with happy-story PR and get away with it.

4. The institutional memory rewards conserving the existing Status Quo and punishes innovation. Innovation necessarily entails risk, and those busy feathering their own nests (i.e. accepting money for phantom work, phantom legions, etc.) have no desire to place their share of the swag at risk just to improve sagging output and accountability.

So reforms and innovations that might salvage the institution are shelved or buried.

5. As the sunk costs of the subsystems increase, the institutional resistance to new technologies and processes increases accordingly. Those manufacturing steam locomotives in the early 20th century had an enormous amount of capital and institutional knowledge sunk in their factories. Tossing all of that out to invest in building diesel-electric locomotives that were much more efficient than the old-tech steam locomotives made little sense to those looking at sunk costs. As a result, the steam locomotive manufacturers clung to the old ways and went out of business. The sunk costs of empire are enormous, as is the internal resistance to change. 6. Institutional memory and knowledge support "doing more of what worked in the past" even when it is clearly failing. I refer to this institutional risk-avoidance and lack of imagination as doing more of what has failed spectacularly. Inept leadership keeps doing more of what once worked, even when it is clearly failing, in effect ignoring real-world feedback in favor of magical-thinking. The Federal Reserve is an excellent example.

8. Incompetence is rewarded and competence punished. The classic example of this was "Good job, Brownie:" cronies and con-artists are elevated to leadership roles to reward loyalty and the ability to mask the rot with good PR. Serving the common good is set aside as sychophancy (obedient flattery) to incompetent leaders is rewarded and real competence is punished as a threat to the self-serving leadership.

9. As returns diminish and costs rise, systemic fragility increases. This can be illustrated as a rising wedge: as output declines and costs rise, the break-even point keeps edging higher, until even a modest reduction of input (revenue, energy, etc.) causes the system to break down: 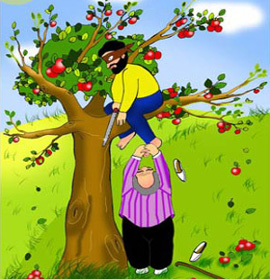 A modern-day example is oil-exporting states that have bought the complicity of their citizenry with generous welfare benefits and subsidies. As their populations and welfare benefits keep rising, the revenues they need to keep the system going require an ever-higher price of oil. Should the price of oil decline, these regimes will be unable to fund their welfare. With the social contract broken, there is nothing left to stem the tide of revolt.

10. Economies of scale no longer generate returns. In the good old days, stretching out supply lines to reach lower-cost suppliers and digitizing management reaped huge gains in productivity. Now that the scale of enterprise is global, the gains from economies of scale have faltered and the high overhead costs of maintaining this vast managerial infrastructure have become a drain.

11. Redundancy is sacrificed to preserve a corrupt and failing core. Rather than demand sacrifices of the Roman Elites and the entertainment-addicted bread-and-circus masses to maintain the forces protecting the Imperial borders, late-Roman Empire leaders eliminated defense-in-depth (redundancy). This left the borders thinly defended. With no legions in reserve, an invasion could no longer be stopped without mobilizing the entire border defense, in effect leaving huge swaths of the border undefended to push back the invaders.

Phantom legions line the pockets of insiders and cronies while creating a useful illusion of stability and strength.

12. The feedback from those tasked with doing the real work of the Empire is ignored as Elites and vested interests dominate decision-making. As I noted yesterday in The Political Poison of Vested Interests, when this bottoms-up feedback is tossed out, ignored or marginalized, all decisions are necessarily unwise because they are no longer grounded in the consequences experienced by the 95% doing the real work. This lack of feedback from the bottom 95% is captured by the expression "Let them eat cake." (Though attributed to Marie Antoinette, there is no evidence that she actually said Qu'ils mangent de la brioche.)

The point is that decisions made with no feedback from the real-world of the bottom 95%, that is, decisions made solely in response to the demands of cronies, vested interests and various elites, are intrinsically unsound and doomed to fail catastrophically.

How does an Empire end up with phantom legions? The same way the U.S. ended up with ObamaCare/Affordable Care Act. The payroll is being paid but there is no real-world feedback, no accountability, no purpose other than private profit/gain and no common good being served.

This is how empires collapse: one complicit participant at a time. 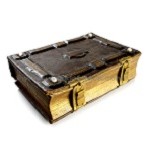 A story broke out a few days ago about Bus ads linking "Islamic Jew-hatred" with Adolf Hitler, rolling through the streets of Washington, DC.